A Personal Blast Off! 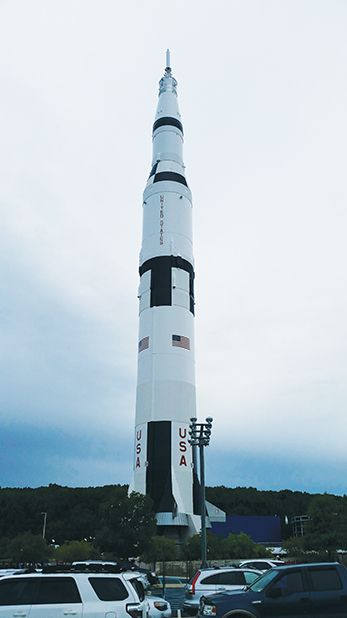 Image of a Saturn V rocket similar to the one that carried the Apollo 11 space capsule to the Moon. Photo by Sal Arrigo, Jr. 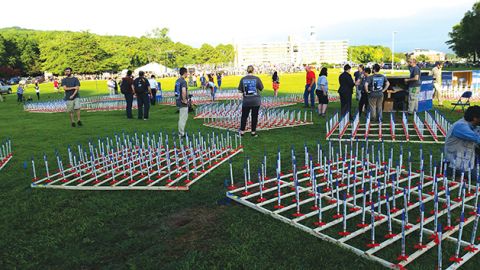 Witnessess prepare to watch the world record attempt to launch 5,000 model rockets simultaneously in honor of the 50th Anniversary of the Moon landing. Photo by Sal Arrigo, Jr.

SACRAMENTO REGION, CA (MPG) - It all started in northern New Jersey at Kittle Field, a part of the Stokes State Forest Service. I was 10 years old and my Dad and I were about to blast off my first Estes model rocket. I was hooked after that experience. Fast forward to July 16, 2019, and I was at the U.S. Space Center in Huntsville, Alabama, ready to witness the world record attempt of the launching of 5,000 model rockets simultaneously in honor of the 50th anniversary of the moon landing and the Apollo 11 astronauts.

To achieve the record, the Rocket Center said the launch must meet the following criteria: Use commercially available rockets and build them following basic manufacturer guidelines; Pass 30 meters (or about 100 feet) in altitude; Have an independent specialist verify the counting method. An independent specialist is anyone who can claim a general level of experience or knowledge in the specific field of our record attempt (someone who has experience with model rocketry or aerospace engineering.)

Part of the verification process is determining that a record number of rockets exceeded the 100-feet threshold. The launch at the US Space Center successfully launched 4,923 model rockets. Although confident that the 100-foot mark was achieved, (the previous world record was 4,231 model rockets successfully launched), the Space Center said it may take up to 16 weeks to receive confirmation from the Guinness World Records officials.

What fascinates us with the moon and the stars and the planets? The Apollo 11 astronauts represented all those people like us who thirst for adventure, and we are fascinated when someone actually lives our dream for us. I met a volunteer named Eli, who works as a Planetarium Specialist at the US Space Center. He told me he has a love of rockets and enjoys “educating people about his work.” We discussed how many people, approximately 3,000, came to witness the model rocket launch.

One aspect of the launch was the number of children who witnessed the event, and it makes sense since children from all over can enjoy Space Camp at the US Space Center. It is one of the most popular programs, and according to the US Space Center it is “designed to inspire and motivate youth to push the boundaries of human exploration just as generations before them did. Space Camp is internationally popular, with visitors from all 50 states and more than 60 foreign countries.”

As you start to grasp the history that surrounds you at the US Space Center, one does not need to go any farther than to stand face to face with two of the most iconic symbols that represent our space program – the Saturn V rocket and the Space Shuttle. I have to admit I am still in awe of seeing these two monuments, and part of the generation that welcomed them to our side. What was it like to be in these vehicles for our space explorers? Fortunately, we had a president that also wanted to know the answer.

In September 1962, President John F. Kennedy gave a speech that focused the United States on landing men on the moon. The President said, “… the vows of this Nation can only be fulfilled if we in this Nation are first, and, therefore, we intend to be first. In short, our leadership in science and in industry, our hopes for peace and security, our obligations to ourselves as well as others, all require us to make this effort, to solve these mysteries, to solve them for the good of all men, and to become the world's leading spacefaring nation.”

It wasn’t long after that we became “trekkies” and became obsessed with the science fiction television show called “Star Trek” that debuted in 1966 and ended in 1969, just one month before we landed men on the moon. Whether a television show or a real life space drama, we were imagining being on the moon, or being one of the characters on “Star Trek.” I take note when we can see an eclipse, or to see the planets align, or witness shooting stars. What exactly is out there in space?

Now nearly fifty-seven years since President’s Kennedy speech, the National Aeronautics and Space Administration (NASA) has announced the creation of the Artemis program. Artemis was the twin sister of Apollo and goddess of the Moon in Greek mythology. The goal of the program is to return astronauts, including the first woman and the next man, to the lunar surface by 2024. American astronauts will also step foot where no human has ever been before - the Moon’s South Pole. When Neil Armstrong walked on the moon, it is estimated that 600 million people watched, and I ask you, will you and your family be watching in 2024?

For more information on the US Space Center and the City of Huntsville (the Chamber of Commerce is especially helpful), please visit these helpful websites: 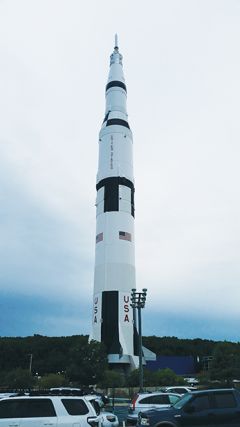 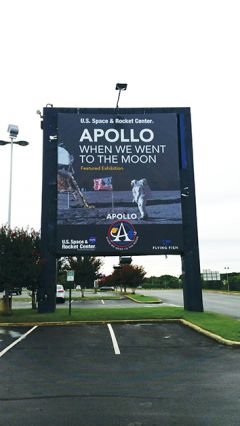